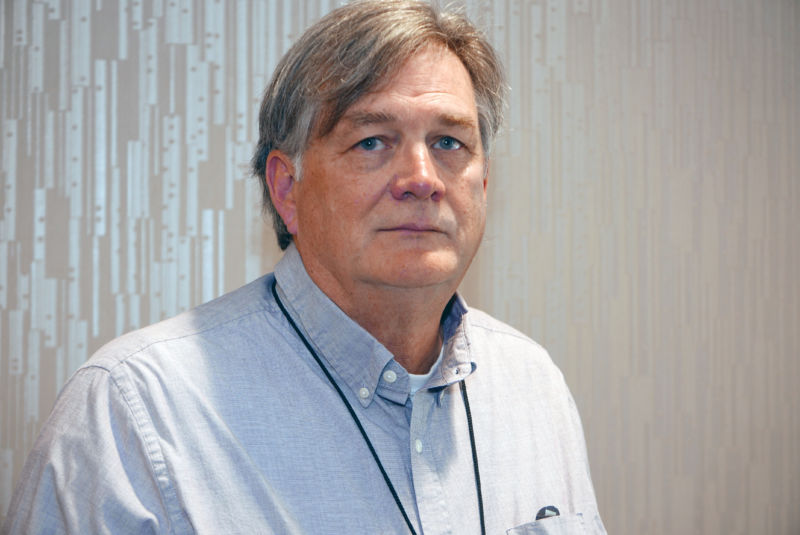 Rob Shirley, who recently retired as General Manager of the Beatty Water and Sanitation District, has been appointed to the Board of Directors of Valley Electric Association, it was announced today.

The Board interviewed three candidates on Oct. 2 before voting unanimously the same day to appoint Shirley to the open position. He will be sworn in at the Cooperative’s next Board meeting, Oct. 17.

Shirley will fill out the unexpired term of Rick Johnson, who resigned from the Board in late August for health reasons. District 3 includes Beatty, Sarcobatus Flat and Scotty’s Junction. Shirley’s term will expire in 2021 when elections will be conducted in the district.

“We are really excited to have Rob join the Board,” said Board Vice President Kathy Keyes of Fish Lake Valley (District 4). “We had three excellent candidates to choose from, and Rob stood out for his utility experience, his community involvement in Beatty and for his interest in helping move VEA forward as a Co-op.” Shirley currently serves on VEA’s Finance Committee and is expected to remain in that position after joining the Board.

“I am encouraged by the direction the Cooperative is now headed, and I look forward to working with the current Board members to continue that momentum,” said Shirley.

In September, Shirley retired as the head of Beatty’s Water and Sanitation District, a position he had held since 2014. During his time as General Manager, Shirley helped improve a financially struggling organization through a series of initiatives aimed at making the utility more efficient and effective. The initiatives included:

Before moving to Beatty in 2014 with wife Linda, Shirley worked for the California Rural Water Association to train operators in passing their certification exam and assist small water systems with technical needs.

From 1999 to 2009, Shirley served as Water Production Manager at the Department of Water Management in Decatur, Ill. During his career, he also served at water utilities at Benicia, and Santa Clarita, Calif.

Shirley said he became interested in the open Board seat after several members in the Beatty area asked him to consider applying for the position.

Notices of the opening were mailed the first week of September to all members in District 3 outlining the process for filling the seat, which is spelled out in Article IV, Section 7 of the Co-op’s bylaws. Applications were accepted through Sept. 27.

Johnson served on the VEA Board since 2007. He was most recently re-elected to a three-year term in March 2018. “I have loved the opportunities and experiences being of service to the members of this Co-op have afforded me,” Johnson wrote in his letter of resignation.

Johnson was the fourth member of the six-person VEA Board to resign in 2019. John Maurer of Fish Lake Valley (District 4) – who did not seek re-election in 2019 – resigned in April a few weeks before his term on the Board was to expire. Board members Pete Gazsy of South Pahrump (District 1) and Ken Derschan of District 5 (Sandy Valley), resigned in May. Gazsy’s seat was filled by Michelle Caird and Derschan’s seat by Terry D’Antonio. The remaining days of Maurer’s term were filled by Kathleen Keyes, who was unopposed in the election to replace Maurer.

Valley Electric Association, Inc. (VEA) is a member-owned nonprofit electric utility headquartered in Pahrump, Nev. While VEA started as a small rural electric utility in 1965, the company now provides electric service to more than 45,000 people within a vast 6,800-square-mile service area located primarily along the California-Nevada border, with the majority in Nevada. Valley Communications Association (VCA), a wholly owned subsidiary of VEA, began providing high-speed communications to our member-owners in the spring of 2016. VEA’s service area starts in Sandy Valley, southwest of Las Vegas, and extends north for more than 250 miles to Fish Lake Valley. For more information about VEA, please visit www.vea.coop