Skip to content
Valley Electric Association, Inc. > News > Be Strategic to Save Energy and Money During the Summer

Dave Wagner has seen it all, from exasperation to anger.

As a Valley Electric Association metering technician, he responds to complaints from power customers seeing red from a larger-than-normal energy bill.

He’s had billing statements and cellphones thrust in his face even before he can step out of his utility truck. To ratchet down the tension, he often plays dual roles as mediator and educator.

“When people receive a higher than normal bill, they blame the meter and are pretty angry when we arrive at their property.”

That’s when the infernal desert heat descends on southern Nevada, cranking up air-conditioners. In the summer heat, residents remain indoors, leaving on lights, watching television – activities that use more electricity.

Wagner is full of suggestions on how his customers can cut those dreaded triple-digit electric bills in half, without headaches or major sacrifices.

For starters, he says, look no further than the thermostat, because the power, after all, is in your hands, right? In the summer, keep the temperature at 78 degrees, and use the auto setting so the fan only runs when the unit runs.

Also, keep your air filters clean and well-serviced, which will allow your unit to run more efficiently. Buy filters in multi-packs so you don’t run out.

Close your drapes and blinds during the day to keep your home’s interior cooler. And calk all cracks around windows and doors. Since cooling comprises nearly half your summer energy costs, closing the gaps that allow interior air to escape means using less electricity.

Did you know appliance use comprises 10% of your monthly electrical bill? To keeps costs lower, wash clothes and dishes only when you have a full load. Wash clothes in cold water and dry loads consecutively to take advantage of the heat already in the dryer. Keep the lint filter clean and be sure the drying vent hose is not bent or clogged.

And let’s talk about another energy guzzler – your water heater.

Heating water is the second-largest user of electricity in the average home, consuming up to a quarter of household energy.

This one’s fairly easy to tackle: First, lower your device thermostat to 120 degrees. You will use less energy and slow mineral buildup and corrosion in your pipes. Wash clothes in cold water, install low-flow fixtures and repair leaky faucets and pipes. Use energy-saving settings on dishwashers, washing machine and dryers. If you wash your dishes by hand, never leave the water running. Rinse dishes in groups, rather than one at a time.

And while you’re at it, use power strips for your electronics, and turn them off when you’re out of town. While at home, keep your garage door down. While it may seem counter-intuitive, a closed door keeps the hot air out, and keeps your entire home cooler.

John Pawlak knows all these energy-saving tips and more.

For 16 years, the veteran steelworker, activist and community volunteer has been a host on the Community Viewpoint on Channel 25 in Pahrump. In that time, he’s discussed such topics as removing invasive weeds, the importance of maintaining smoke detectors and cooking with solar heat.

When he’s not on TV, John donates some of his time to an environmental group that promotes “Please Turn Me Off” stickers for home appliances that cut $50 a year from a consumer electric bill.

He says that senior citizens and people on fixed incomes will very likely be the most vulnerable to heat-related health risks this summer.

“And there are so many people here on fixed incomes, many without pensions. They have to live and work within their budget.”

One thing that John says has made a big difference in his electric bill has been switching to LED lights over conventional incandescent bulbs. While the LEDs cost more, they consume much less energy and last far longer. The average home also requires fewer LED bulbs because they concentrate light to chosen areas.

Another no-brainer that John advocates is to simply turn off those lights you don’t need. When you leave the house, turn all the lights off! 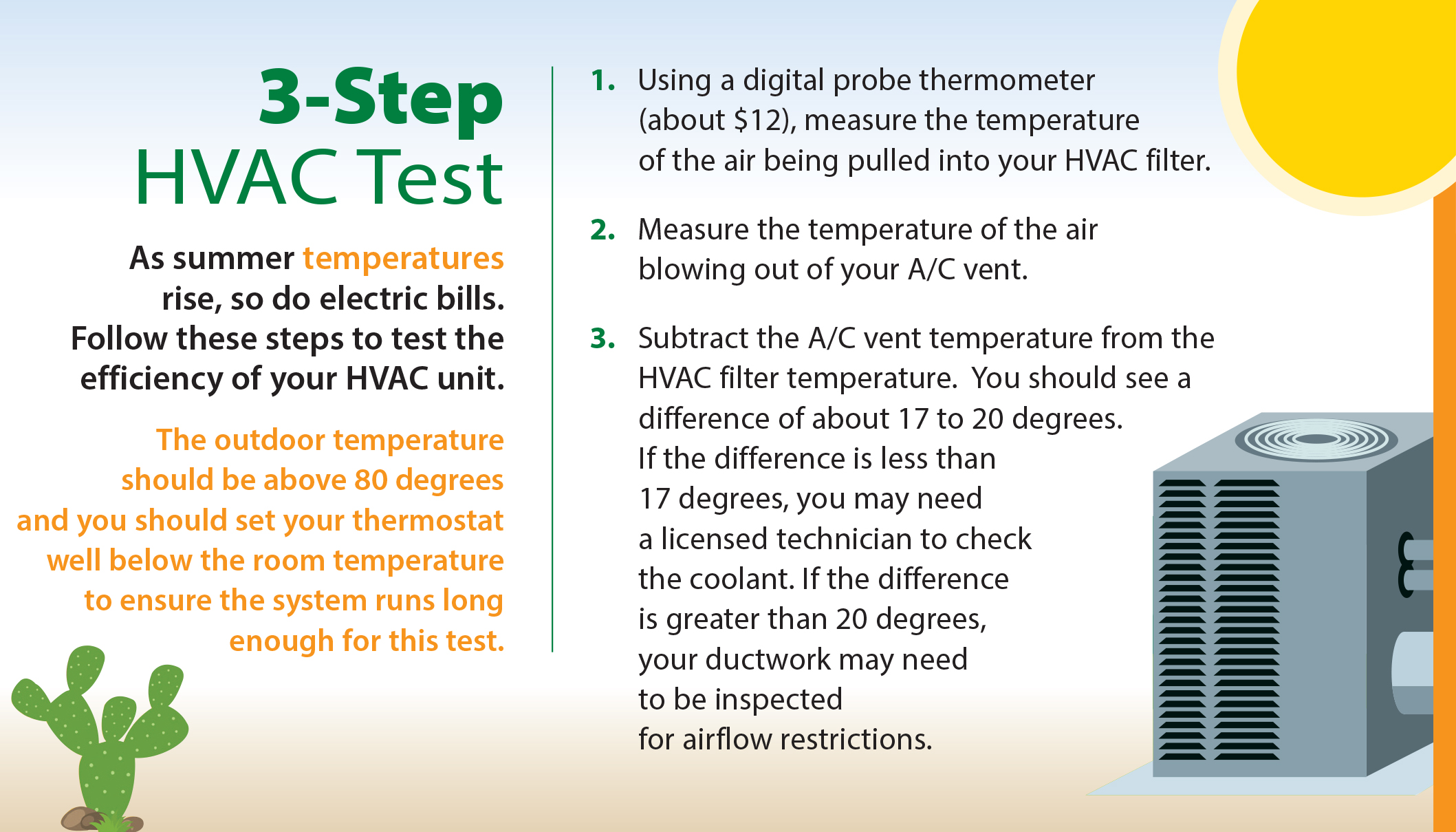 John also suggests air-drying clothes outside on the line as an alternative to your energy-hogging clothes dryer. Letting Mother Nature help dry your items can even be down indoors with a foldable drying rack.

Lastly – and John warns this solution is not for everyone – take colder showers. If you crave hot water, shorten your showers.

Even the thriftiest homeowners realize that saving energy can be a zero-sum game. VEA member Larry Tobey says he installed 30 solar panels that saved him lots of money – around the same time he bought an electric vehicle to cut overall emissions, requiring more electricity to keep his car running.

Larry has another idea to get back into the power-using black: During summer’s high heat, adjust living room curtains to keep out the sun. But don’t close them totally: keep them cracked to let some sunlight in.

Otherwise, you’ll have to use the lights, which defeats the purpose.

At the height of summer, meter technician Dave feels both nature’s heat and the ire of power customers who believe they’re paying far too much for electricity.

He gives many a choice: either he can merely test the meter and be on his way, or he can offer some sensible conservation tips.

Most opt for both choices – and are glad they did.

“Many of the angriest customers later thank us,” Dave says of his two-man team. “Some even invite us to dinner or write letters of appreciation to our bosses.”

Which for Dave is a wonderful way to keep the heat down.