Dave Hall of Amargosa Valley elected Board President for 2019-20

PAHRUMP, Nev. (May 4, 2019) – Valley Electric Association Board member Peter Gazsy of Pahrump on Saturday resigned from the Cooperative’s Board of Directors. Gazsy cited a pending recall of his District 1 Board seat as the reason for his resignation. 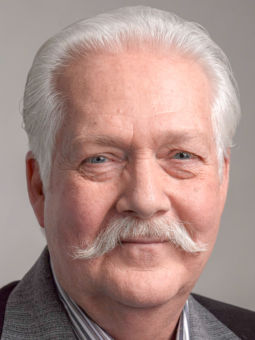 “We are grateful for the many years of service to Valley Electric Association Ken and Pete have given, and we wish them both the very best,” said Dick Peck, Interim Chief Executive.

In a special meeting Friday, VEA Board members met with VEA CEO Angela Evans, who has been on paid administrative leave since her Feb. 26 arrest on suspicion of embezzlement. No charges have been filed.

At Friday’s meeting, the VEA Board and Evans discussed the allegations against her. The Board took no action.

Evans’ arrest and subsequent administrative leave came four days after Cooperative’s offices were searched by Nye County Sheriff’s officials, who were acting on a tip that the Co-op had paid “hush money” to employees to cover up allegations of sexual harassment.

The Cooperative has repeatedly denied the allegations, and two audits have failed to produce evidence of any illegal or improper activity. No charges have been filed since the Feb. 22 search and seizure against Evans or anyone else at the Cooperative.

Each year Board elects a new slate of officers at its first meeting following the Annual Meeting, which was conducted Saturday, April 27. Board member Rick Johnson of District 3 (Beatty) temporarily assumed the position of President following Derschan’s resignation on Wednesday.

Hall said the Board would follow procedures outlined in the Cooperative’s bylaws to fill the vacancies created by the resignations of Derschan and Gazsy. Such vacancies are filled by the vote of a majority of the remaining directors for the unexpired terms of Board members who have resigned.

Members in good standing in District 5 (Sandy Valley) or District 1 (South Pahrump) are eligible for appointment to the position. Applications for both board positions will be accepted through May 30.

Notices of the Board vacancies will be sent by mail to members in the two districts.

Gazsy has served on the Board of Directors since 2008. He was a founding member of VEA’s Ambassador program and served as its first Chairman. He is active in numerous community organizations, including the Shriner’s Hospital for Children.

Derschan served as President from May 2018 until his resignation. He was appointed to the VEA Board of Directors from District 5 in August 2015. In March 2017, he was elected by members of District 5 to a three-year term on the six-member Board.

Valley Electric Association, Inc. (VEA) is a member-owned nonprofit electric utility headquartered in Pahrump, Nev. While VEA started as a small rural electric utility in 1965, the company now provides electric service to more than 45,000 people within a vast 6,800-square-mile service area located primarily along the California-Nevada border, with the majority in Nevada. Valley Communications Association (VCA), a wholly owned subsidiary of VEA, began providing high-speed communications to our member-owners in the spring of 2016. VEA’s service area starts in Sandy Valley, southwest of Las Vegas, and extends north for more than 250 miles to Fish Lake Valley. For more information about VEA, please visit www.vea.coop.