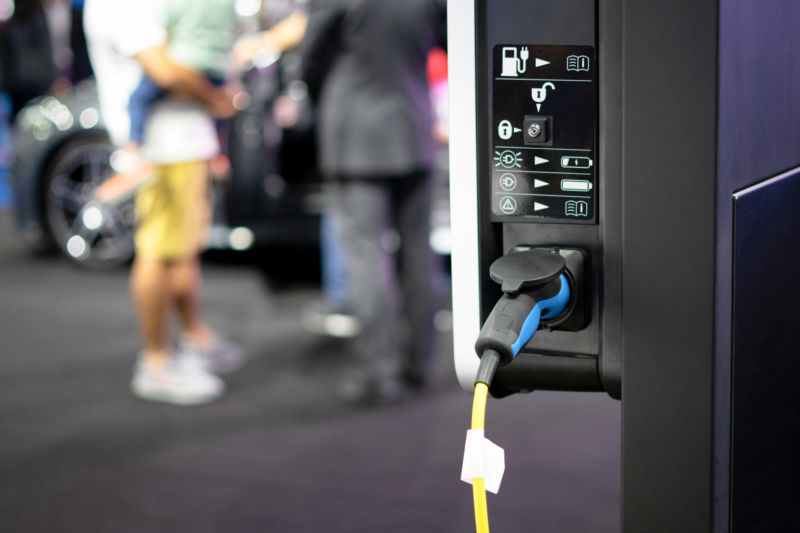 NEH is a GOE-led initiative that seeks to advance EV charging stations along major highway corridors throughout the state, consistent with the objective identified in Nevada’s Strategic Planning Framework to complete an electric highway system serving the entire state by 2020.

“VEA is proud and excited to again partner with the State of Nevada and the Governor’s Office of Energy on this important initiative to support the reduction of greenhouse gases by installing this electric vehicle charging station at the Amargosa Valley rest stop,” said Angela Evans, VEA CEO.

The station will consist of one direct current (DC) fast charger and two level 2 chargers. DC fast chargers can charge a vehicle in less than an hour. Level 2 chargers typically require several hours for a full charge but allow for a greater number of vehicles to take advantage of the proposed charging station. The proposed station will have covered parking, lighting, security surveillance and Wi-Fi.  Like all NEH charging stations, the Amargosa Valley station will be available to the public 24 hours a day.

Construction for the project is anticipated to take place later this year with the station open to the public in Spring 2019.

The NEH began as a partnership between the GOE, VEA and other Nevada electric utilities to install electric vehicle charging stations at cost-effective and strategic locations along U.S. 95, eliminating “range anxiety” for travelers between the urban centers of Reno and Las Vegas while also bringing business to rural communities.

Phase I of the NEH, along U.S. 95, nears completion with three stations operational in Beatty, Fallon, and Hawthorne and two final stations in Tonopah and Indian Springs scheduled to come on-line in 2018 and early 2019 respectively.

Phase II of the NEH is underway with plans for EV charging infrastructure deployment on the State’s remaining major interstate and highway corridors including I-15, I-80, U.S. 93, U.S. 50, and filling in the gaps along U.S. 95. Phase II development officially began in 2017 and will continue with use of VW settlement funding. 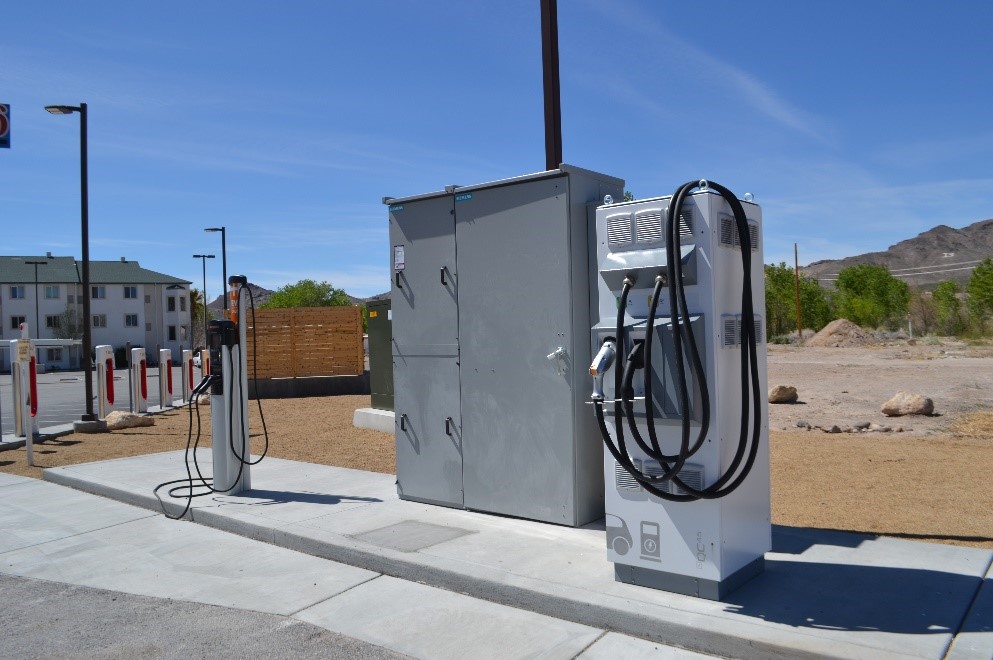 The new charging station at Amargosa Valley will be similar to this one, installed in 2016 at Beatty.

Valley Electric Association partnered with the Governor’s Office of Energy in the construction of the first charging station along the NEH in the spring of 2016 at Beatty.

VEA’s project plans for the Lathrop Wells station will be similar to the Beatty station with some additional features such as being able to accept credit card payments.

The NEH helps to achieve clean energy goals for the Silver State as identified in Nevada’ Strategic Planning Framework, 2016-2020, and has also helped to spur greater regional efforts such as the Regional Electric Vehicle Plan for the West, or REV West. The REV West group was formed by the governors of the 8 Interior West states to provide a forum for regional collaboration around interstate corridor electrification efforts, including creating best practices and procedures to enhance EV adoption, coordinating on EV charging station locations, creating voluntary minimum standards, and leveraging economies of scale.

NEH funding comes from many sources and incentive programs including funds from the State Energy Program Formula Grant, an annual source of funds from the U.S. Department of Energy. In addition, GOE and the Nevada Division of Environmental Protection will utilize Volkswagen settlement funds for EV charging infrastructure along Nevada’s highways.

The State of Nevada has dedicated the full 15 percent allowable of Nevada’s allocation of these funds to support the development of the NEH initiative. Lastly, the Public Utilities Commission of Nevada recently approved the Electric Vehicle Infrastructure Demonstration Program, established by Senate Bill 145 of the 2017 Legislature, which will provide further support to accelerate Phase II of the NEH in NV Energy service territory. This newly created program will offer incentives (up to 75% of project costs) to private commercial host sites, identified by GOE, willing to participate in the NEH program. For host sites not identified by the GOE, NV Energy is also proposing to help those projects through their custom grant program (slated to start in September 2018).

About the Governor’s Office of Energy

The Governor’s Office of Energy oversees energy programs required through statute and those that help to meet the mission of the office, which is to ensure the wise development of Nevada’s energy resources in harmony with local community economic needs and Nevada natural resources. For more information about GOE, please visit www.energy.nv.gov or contact Kayla Meyer, Public Information Officer k.meyer@energy.nv.gov