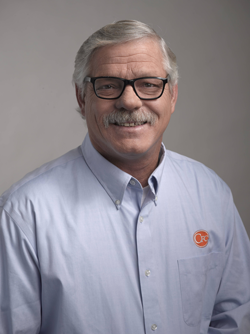 Incumbents Kenneth Derschan (District 5) and David Dawson (District 6) were re-elected to the Valley Communications Association Board of Directors.

Each year, two seats are up for election. The results were announced in late March at the district meetings.

Derschan has lived in Sandy Valley for the last 13 years and has been a VEA member since 1990. In 2015, Derschan was appointed the Director for District 5. This was the first year he stood for election. Voting began in mid-February, and Derschan received 91 votes and his opponent, Michael Conlan, received 59.

“Community development is very important to me,” says Ken. “I share similar ideals on community involvement as Valley Electric. We’re on the same page trying to help move our communities in a positive direction.”

Derschan has earned his Credential Cooperative Director and his Board Leadership Credential certification. He is currently working on his Gold Credentials for education.  All are obtained through the National Rural Electric Cooperative Association.

Dawson has served on the VEA Board of Directors since 2008. He is currently serving as the board secretary. Dawson is an NRECA Credentialed Board Member.

Dawson was instrumental in the development of VEA’s Solar Water Heater Program, the Community Solar Project and in bringing broadband to VEA members.

Dawson retired from United Technologies (an aerospace industry company) with more than 35 years of experience as a front-line employee, senior lead, manager and strategic planner. Dawson served in the U.S. Navy from 1962 to 1966, and he went on to serve in the Navy Reserve until 1968. He also served in the California Air National Guard’s 261st Combat Communications Squadron from 1982 to 1987.

Dawson has been a member of the VEA Ambassador program since its inception in 2006. He has been a resident of Pahrump and a member of VEA for 11 years.