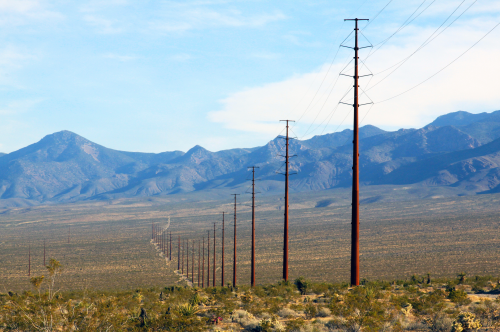 The Valley Electric Association Board of Directors agreed on Wednesday to move forward with a proposal to sell VEA’s 230 kilovolt transmission system. An eventual sale still is contingent on a two-thirds vote of approval by member-owners in a special election, which will begin Sept. 14, and will run through mid-October.

The Cooperative has received offers for the 230 kV system that exceed $190 million, nearly 2.4 times the investment cost. The sale would return the largest cash distribution to members in the Co-op’s history through a sale premium and the retirement of capital credits. If the sale is completed, each member-owner would receive an equal share of a $10 million one-time cash premium ($579). In addition, $7.2 million would be set aside for the retirement of capital credits immediately following the sale.

Further, the Cooperative would roll back a 9.9% rate increase enacted in 2016; pay off debt, reduce operating costs, build equity, provide rate stability and new investment capital, and turn an operating expense into a revenue source.

Since the sale involves a significant VEA asset, bylaws require a Board vote and an affirmative vote by 66.6 percent of the VEA membership. All member-owners are eligible to vote, and the election will be conducted by an independent third party, much like the annual district elections. Member-owners can vote in person at designated locations, by mail, on the Internet or by proxy.

Valley Electric Association’s 230 kV transmission system is made up of the lines on the 100-foot red steel towers running north and south out of Pahrump. The lines connect VEA to the regional transmission grid. There are approximately 164 miles of 230 kV lines in Nye and Clark counties.

The independent lines create the redundancy that makes possible the reliability member-owners now enjoy. If one line goes down, power can still be delivered by the other line. The brownouts and blackouts of 2007 were a direct result of not having such redundancy.

Following are questions, addressed to CEO Thomas H. Husted, about the proposed transaction. We are grateful to a group of VEA Ambassadors, who helped craft the questions.

How would the sale of the lines affect our rates?

Rates would be reduced immediately, and members would enjoy a period of rate stability that is forecasted to be 10 years, barring any unforeseen changes. For example, the 9.9 percent rate increase, which went into effect on July 1, 2016, would go away. Next, some of the costs that drive rate increases, like debt payments and depreciation, would be lower because that debt would be lower. As part of the sales agreement, the new owners will contract with VEA to operate, maintain and manage the system for them. That produces another revenue stream, which also keeps rates down, much like our contracts with Creech AFB and NNSS (DOE), which might also mean hiring additional VEA personnel. Finally, although VEA would no longer own the system, the new owner would be subject to regulatory approvals set forth by the Federal Energy Regulatory Commission. FERC exists to protect rate payers from dramatic rate adjustments.

Would there be any job cuts as a result of the sale?

No. We predict we will actually add employees because the new owner has expressed the desire to expand the system further to promote local renewables.

What period of time does “protection” of our rates cover?

We believe this sale provides enough cash premium and opportunity to stave off a rate increase for a considerable time period. In the future, we will only pay for what we use. We won’t have to bear the risk of the ownership cost for the entire system as we do now.

Why did VEA build the 230kV transmission system in the first place?

We built that first 230 kV line to serve our load and provide reliability through redundancy. That is our mission. Pahrump was growing fast, and VEA did not have enough transmission capability to serve the load reliably. We built one 230 kV line from Las Vegas to Pahrump. As we continued to grow, we had to put in another 230 kV line to meet our demand and to provide even more reliability. At that time, there were no partners who were willing to share the cost and the risk of building those lines. Now there are a number of companies that are not only willing to buy the entire system, they are willing to pay more than twice what it cost VEA to build.

The sale of those lines does not mean that our mission changes. That mission was accomplished in 2013 when the second of the two lines was energized, and it is not going away. Whether we own that system or not, those lines will always be there to serve Valley Electric’s load and to give us reliability. We believe the new owners of those lines can take the mission of those lines even further than Valley Electric can. What is that larger mission? Economic development and continued reliability and redundancy for Southern Nevada.

Why would an investor want to buy the system?

The value of the system increased dramatically when VEA joined the California Independent System Operator network in 2013. At that time, our lines became a crucial part of the regional electric grid. The system generates revenue that has a utility-based rate of return, which is approved by the Federal Energy Regulatory Commission and paid for by the CAISO. That return typically is between 8-10 percent paid by a monopolistic system with ratepayers.

If the system provides such a high, stable rate of return, why sell it?

It is a high rate of return, but it is based on a lengthy depreciation schedule, 40-50 years. Valley Electric has taken on a lot of debt in order to have electric service that meets our needs of demand and reliability. However, our debt is disproportionate to the number of member-owners. Our service area is very large (6,800 square miles) and sparsely populated. The sale would enable VEA to maintain reliable power, reduce debt and provide another hedge against rate increases.

Additionally, the premium earned on a sale would be so substantial that it far exceeds the rate of return we currently are earning.

How would the proceeds from the sale be distributed or invested by VEA?

First, all debt associated with the 230 kV transmission system ($82 million) would be retired. Next, The Board has made known its intentions to set aside $17.2 million after the sale closes for distribution to active and former members who have paid into the ownership of the system. After that, the Board has a suite of options, but the bottom line is that members can be assured that those options would include retirement of capital credits, reduced electric rates, paying down of additional debt and future capital expenditures.

Obviously, there is a multitude of options that the Board will consider, and all will be positive to the members.

One other thing: $5 million of the premium will be donated to the Valley Electric Charitable Foundation designated for a community rec center on property adjacent to the VEA headquarters. The value of the land is an additional $5 million.

Who is eligible to vote?

Anyone who is a registered member-owner during the voting period.

How would the vote be conducted and over what time period.

It will be conducted by an independent third party, using the same company we use for the election of our Board of Directors each year. The voting process will take place over approximately four weeks, from Sept. 14 through mid-October. Member-owners could vote at designated areas, by mail, Online or proxy, very similar to the manner in which district elections are conducted.

If the sale is approved, when would the transaction be completed?

What would be the financial benefits to the members after the sale closes?

Would distribution of proceeds to member-owners be in the form of capital credits?

There will be an initial cash premium paid to member-owners followed by the retirement of additional capital credits.

What happens if the vote fails to reach a two-thirds majority?

Everything remains as is. The 230 kV transmission system would remain an asset of VEA, the debt and depreciation obligation would continue. Nobody would receive a cash payment, the rates would not be reduced and would be subject to volatility and member-owners would not receive a retirement of capital credits.

If the sale is approved, is it possible that other transmission or distribution lines owned by VEA would be sold?

When would the 230 kV transmission be paid off under the current payment plan?

Approximately 40-50 years at the current rate.

What effect would the sale have on reliability?

The sale would not have a negative effect on reliability. In fact, it should improve reliability if the new owners continue to make investments that Valley Electric can’t afford to make. Further, we know there is a huge amount of solar generation resources available in our area that can be developed in the future.

Why did the Board reveal what would be done with the sale proceeds before a vote was taken?

The Board believes strongly in transparency. We think it’s important for the members to know. Our Board would not approve a proposal that did not lay out a detailed plan for the proceeds so that member-owners could evaluate the entire sales process.